Selskar Abbey is remarkable as the spot where the first Treaty was signed with the English in 1169 when the town of Wexford was surrendered to Fitz-Stephen. This originally Danish foundation was later endowed, enlarged and given to the Canons Regular of St. Augustine in 1190 by Sir Alexander Roche of Artramont.

The circumstances of this gift are worthy of note. When Sir Alexander was a young man he became enamoured of a beautiful girl, the daughter of a poor burgess of the town.To prevent his marriage his parents prevailed on him to join the Crusade, then on foot, for the recovery of the Holy Sepulchre.

On his return from Palestine, he found himself free, his parents having died, but on visiting the dwelling of his fair lady he discovered, that having heard he had died in battle, she had entered a convent. He himself took a vow of Celibacy, endowed the Monastery, dedicated it to the Holy Sepulchre, relics of which he had placed in its Church, and became its first Prior.

Selskar Abbey was suppressed in the thirty-first year of the reign of Henry VIII, but not destroyed. Cromwell finally destroyed it in 1649. The present Abbey Church (Protestant) was built in 1818 on the east side of the ancient tower-the ruins of the original Abbey Church being to the west. Out-Churches of Selskar Abbey were St.Patrick’s and St.Doologue’s. 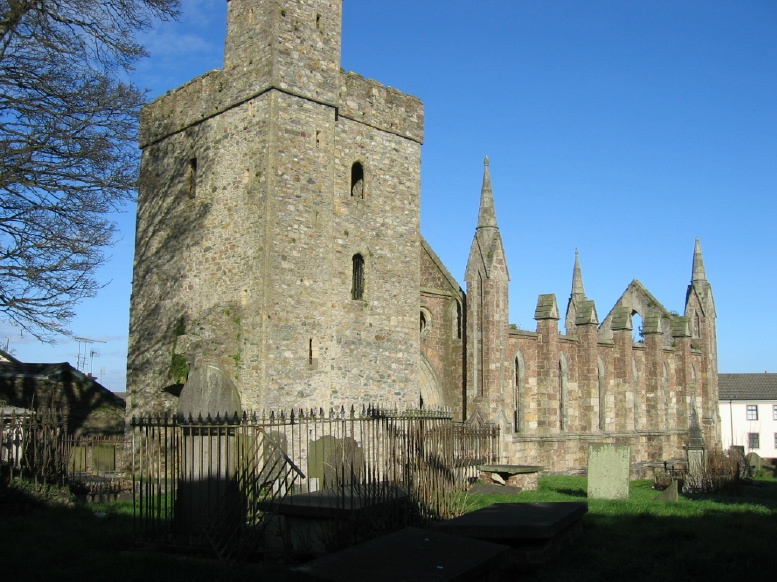