Most Rev. Dr. Thomas Furlong was Bishop of Ferns from 1857 to 1875. He regarded the foundation of a Convent of perpetual Adoration to the Most Holy Sacrament as an essential part of his episcopate. After many setbacks (see History) the present Institute of the Sisters of Perpetual Adoration was founded on January 1st 1875.

Taken from “Breen’s Briefs” published in the “South East Voice” on 14th October 2002. Many thanks are extended to author, Conor Breen, and photographer, Paddy Donovan, for it’s use.

“I was expecting a more formal and austere reception when Paddy Donovan and I were invited to the Adoration Convent, it was a pleasant surprise when a laid-back Sr. Agnes McCormack greeted us with a quick quip about being hounded by the press on her own doorstep.

The historic building housing the 13 nuns is deceivingly large inside. Huge religious paintings and statues adorn its beautiful long hallways while a hint of polish tickles the nostrils. Making our way through the various rooms, with Sr. Agnes as our more than willing guide, Paddy and I treated our morning visit with the respect it deserved.

Very few people have been afforded such a stroll and we could count ourselves among such company as President Mary McAleese who visited the convent during the 1798 Commemorations four years ago. After a quick chat in a huge sunlit reception room dominated by a large oak table and piano, it was off to our first destination namely the Adoration’s bakery. Here Holy Communion Breads for most of the churches around the parish are made.

The Carmelite nuns in New Ross also undertake a similar duty. In the bakery Sr. Gabrielle, whose task it is to make approximately 9,000 pieces of Holy Communion a day, met us. It is made simply from a special flour combined with water, poured onto the pan of a German made stove, before an extremely hot, and admittedly heavy, lid is pressed down.

Hey Presto, sheets of Holy Communion are ready to be cut into the host in less than three minutes…better than any microwave! These sheets are then brought to Sr. Pius who places them onto a cutting machine, before they are boxed and ready for collection by the various Parish Priests.

From there we were shown upstairs where Sr. Fatima Kiely prepares beautiful hand-made and embroidered altar linens and vestments. Apart from a modern sewing machine, there is another one believed to be more than a hundred years old that is still used to make these decorative and colourful garments.

After our sojourn around their well kept and ornate building, it was back to the reception room were Sr. Agnes and I retired for a quick chat on the history and day-to-day life of an Adoration Nun. Sr. Agnes joined the order in 1949 and hasn’t regretted a single day since. “When I was younger I would always visit with my mother because I had two cousins here. Back then there was a wonderful spirit in the place and it still continues to this day,” she enthuses. Her title in the convent would be Mother Superior but she prefers being addressed simply as Sr. Agnes, when in conversation with her colleagues or others. On a more serious topic, she states that the decline in vocations is obviously a concern but feels it is still a problem than can be overcome. As a result, the Adoration Convent has now enlisted the help of volunteers from amongst lay people with their daily assignments.

A typical day in the convent begins with a very early rise at 6 a.m. before undertaking half an hour’s meditation. Then, they have their morning prayer before conducting Mass in the church on the ground floor of the building, after which they assemble for breakfast. After this first meal they go about their work until 12.15 p.m. when they perform Divine Offering before lunch. In the afternoon its time for recreation for approximately half an hour followed by prayer before returning to more work.

Contrary to popular belief the Adoration Sisters are not entirely shut off from the outside world. Occasionally they might take a trip downtown but only for essential items. They also have a television but readily admit it is hardly used.

As our talk drew to a close Sr. Agnes regaled of colleagues past and present and the number of unforgettable characters who have been in the order. The spirit Sr. Agnes spoke of is more than evident and is a welcome one, especially to us mere hacks who didn’t know what to expect only hours beforehand. From chatting with her it’s evident that their needs are small, yet that they nonetheless live a full and rewarding life within the grounds of the convent. 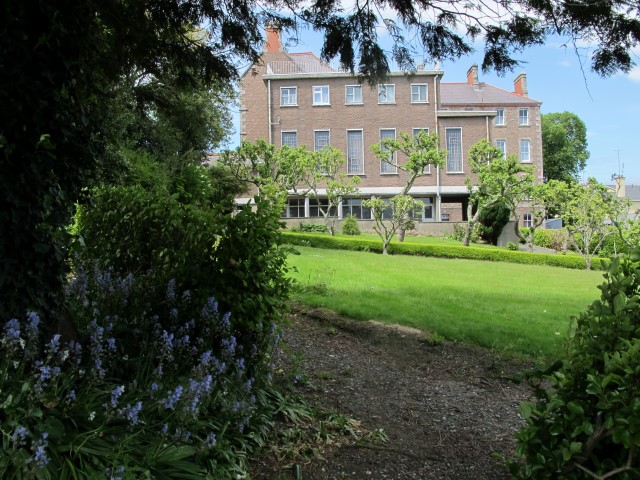